I’d like to introduce myself.  I am Tom Croke, founder and captain of the team here at Thomas J. Croke and Associates, Inc. and FamilyLight.  A native of New Cumberland, PA, suburb of Harrisburg, I am the second son of the late Dorothy (Gochnour) Croke and James Adrian Croke and brother of Lee P. Croke, currently of Scotch Plains, NJ.  This is not the typical resume or CV, you will usually find where a professional presents credentials.  I think this gives a better picture of who I am and how I might relate to you than a typical resumé.  But if that is what you want to see, a short version is available on the Old Format website. 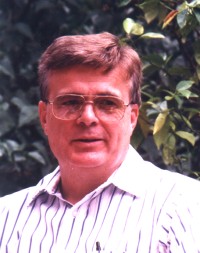 Above photo taken before my hair turned gray!!

I was graduated from Cedar Cliff High School (class of ’61) at age seventeen, and proceeded to my freshman year at Brown University.  After graduating from Brown in 1965 (A.B. Honors in Philosophy) I proceeded to graduate studies in philosophy at Wayne State University in Detroit, MI.  There I had the experience of focusing more energy on understanding the city and the people than on my assigned work, making my academic life in that venue notoriously unsuccessful.

I began my career as a college admission officer at Brown University in 1968. By then we were in the late stages of the Vietnam war, the country was alarmed with fact that drug abuse and addiction had migrated from the slums to the suburbs, and I left the University to start a substance abuse intervention and prevention project in the city of Taunton, MA. I have been told that project has morphed into the Taunton Human Services Department. After two years I left there to direct the substance abuse clinic at St. Anne’s Hospital in Fall River, MA, (later known as Lifeline, but more recently discontinued by current owners of the hospital) from 1973 to 1985. Both of these positions included a significant amount of referral work and guidance to parents who needed to intervene with a  child, adolescent or young adult who appeared to be at risk. Providing experience that is a platform for my work today.

During this period of time I began a self-education process that continues to this day.  Basically, I absorb as much as I can from the psychiatrists, psychologists and other credentialed clinicians. As a result I am thoroughly familiar with the vocabulary used by clinicians.  I have learned much that usually only credentialed clinicians really understand. So I often recognize issues in people that call for confirmation by people with proper credentials.  I do respect appropriate professional boundaries.  While I fully respect that qualified clinicians sometimes understand a clients needs in a manner that differs from my own impressions, and, in those cases I tend to support their direction, I can detect quickly and easily patterns of conduct by clinicians that do not appear to conform to appropriate professional standards.

I was married in 1967 and we began a family, including two natural children (a boy and a girl), an adopted son, and another boy, never formally adopted, whom I raised as a son during his teen years.

In 1985, I went to work for the Mediplex Group (whose assets have since been acquired by Sun Healthcare; Sun acquired by Genesis HealthCare in 2012), which operated a chain of health care facilities, mostly nursing homes and substance abuse treatment facilities. My assignment was to market their substance abuse services in the state of Rhode Island and in the portion of Massachusetts that projects east from Rhode Island, including Brocton, Fall River, New Bedford, Plymouth, Cape Cod and the offshore Islands.  In addition, I was responsible for coordinating with the discharge planning teams at the treatment facilities and guiding community aftercare as the patients returned home.

Beginning about 1971, I was frequently called upon to consult with schools, public, private and parochial, particularly addressing approaches to high-risk children, especially teen-agers, a pattern that has continued, hopefully with progressively increasing competence.  This period gave me my first exposure to the twelve-step approach to addictions that we see in Alcoholics Anonymous and Narcotics Anonymous, and to Family Systems Therapy, influences that have guided my career. It is also worth noting that throughout this period, I was increasingly working in people’s homes, never appreciating the formality of having families come to the office.

In 1989, my wife and I relocated to Greensburg, PA, where I now live, partly influenced by the desire to live closer to our widowed mothers who were still in the Harrisburg area and partly lured by an employment opportunity near Greensburg.  In the latter situation I was recruited to be the marketing director for a small substance abuse treatment center by its executive director, but after I was in that position for nine weeks, the executive director was out, along with “his team,” including me.

By that time we were committed to the move. I formed Thomas J. Croke and Associates, Inc. which was originally a marketing firm, representing a number of treatment programs in the western states attempting to attract an eastern clientele.  However, as events developed, it became increasingly clear that I could not be successful with these programs in the climate of that time without either working as an agent of managed care (honorable, but not a good match to my talents and interests) or persuade parents (in some cases) to take actions that I did not truly believe were in their best interests (something I would not do).  To be fair, the people I worked for were not asking me to persuade parents to act contrary to the wishes of their children, but it was clear that I could not produce the numbers to make the relationships viable by “playing it straight.”

As 1993 approached, we terminated our marketing contracts and began to function as an educational consultant.  Naturally business was slow in the beginning so for a about two years I filled my time and earned some extra money as director of Youth Ministry at a local Methodist Church. I resigned that position in 1995 as business began to pick up, and also joined IECA.  I was probably the first to work exclusively with young people with behavioral, emotional and psychiatric difficulties. Now that is common.

In order to grow the business I wrote for three publications – uncompensated but good for publicity.  They were Growthline and Recovery Way, two publications about alcoholism recovery, and Woodbury Reports, which is what you now see on the web at http://strugglingteens.com.  I realized that my efforts were not producing the amount of business I had hoped for, so I turned my efforts to publishing my own newsletter, Bridge to Understanding. This did produce the exposure I was seeking. This morphed into an elaborate informational website. Through this vehicle, we were able to attract a comfortable amount of business and as well provide real help to many who could not afford our fees -- or those of other consultants -- but did have Internet access.

Up until this time we started Bridge to Understanding, I had put considerable effort into organized volunteer projects and the like.  At this point, most of my energy turned to improving my skills as a consultant, developing my business, and developing Bridge to Understanding – as well as taking care of personal issues.  I became legal guardian to my teenage Godson during the late ‘90s which was a project in itself.

In September 2001, I married for the second time, experienced 9-11, discovered an embezzlement problem in my office, had a hernia repair, and discovered that we were in a recession.  We stopped publishing Bridge to Understanding and updating the Bridge to Understanding web site, as we lost the capital to keep it going with all of the above problems occurring at once.  A few years later, we removed it from the Internet, due to the fact that people were reading obsolete information there as if it were current.

After suspending Bridge to Understanding for a period of time, now for over a decade we have been back with FamilyLight.com. FamilyLight began in the summer of 2013 to develop pages in our new web format. The original domain for our website, "FamilyLight.com" remains for original content of the site, in the original format. Pages in the New Format use the domain "Member.FamilyLight.com" (not case sensitive). The new format gives a cleaner, distortion-free presentation, and allows us to create an area accessible only to members who pay a subscription fee. To access the Member's area, click here.

As of 2006, we had left our long time base of operation in Latrobe, PA, and were working from home offices with the core of the operation in the basement of our new home in Greensburg, PA.  The expanded website is our latest project. My wife and I have decided to raise a child together. So in October 2006, we adopted a golden retriever, Taffy, who kept us all well trained.  We were saddened by Taffy's death (cancer) in March, 2015.  In June, 2015, we were fortunate to acquire Athena, another Golden Retriever, who had been a Service Dog for three years.  Athena was originally one of the CALO dogs.  We are grateful to CALO for allowing Athena to live with us when she was no longer needed by her original owner.

In the past couple years, we have moved toward having a very limited number of clients with whom we work quite intensively. the remainder of our time is on developing our Virtual Consultant service.

Please read our full disclaimer. You are responsible for verifying our information before acting on it.

Return to About Us


Warning: sizeof(): Parameter must be an array or an object that implements Countable in /homepages/46/d105844469/htdocs/member/wp-content/plugins/sidebar-login/includes/class-sidebar-login-widget.php on line 213